Well, I could just point you to my Goodreads account, but that would be too easy, and not as fun as talking about my most recent reads. I’ll start with most current, and talk about some of the last few books I’ve read so far this year.

Roman Wives, Roman Widows, which I am finally wrapping up after beginning last year, is an incredible monograph by Bruce Winter, shedding historical and cultural light on some difficult Pauline passages that include instructions toward women (e.g.,1 Corinthians 11, Pastoral Epistles). It is really fascinating from a nerdy, historical point of view, although kind of dry (but not long!). Here’s a juicy quote that Winter shares from Musonius Rufus, courtesy of C. E. Lutz:

“Women who associate with philosophers are bound to be arrogant for the most part and presumptuous, in that abandoning their own households and turning to the company of men they practice speeches, talk like sophists, and analyze syllogisms, when they ought to be sitting at home spinning.”

The Gifts of Imperfection is the second book I’ve read by Brene´ Brown. It’s a good reminder to enjoy life and not worry about what others think, and an easy read. Recommended if you struggle with perfectionism, and worth more than one read. (Note: The Kindle version is currently $6.45!)

Half of a Yellow Sun is by one of my favorite authors, Chimamanda Ngozi Adichie. It is a raw, human portrayal of love and family during the Nigerian Civil War in the late 1960s. This is the third book of hers I’ve read after Americanah and Purple Hibiscus, and I recommend all of them. (Note: Do not waste your time on the film version of Half of a Yellow Sun. It is one of the worst book-to-film adaptations I have seen in a while, and has little to offer as a film in of itself. Really disappointing.)

Neil Gaiman is an author I’ve recently discovered, that can hold me captive. He’s a great storyteller. I didn’t think I was so much of a fantasy or fairy-tales person (outside of Tolkien and Lewis) until I read Ocean at the End of the Lane, which was absolutely magical and completed within one day and three sittings.

Then, I was browsing Overdrive, saw American Gods, and thought, “why not?” Whoa. I felt like I needed a crash course review on mythology to keep up with the story’s significance (I was happy about the Kindle Wikipedia feature; it allowed me to view wiki entires without having to leave the application), but the writing is excellent. I was a bit put off by a few crassly detailed scenes, but I couldn’t let go of the story.

There you have it, guys. My goal is to read 52 books this year, so expect other posts like these ones; I can’t help but share about good books, and besides, as a librarian-in-training, you shouldn’t expect any less!

I’d love to know what books YOU’VE been reading - do share! 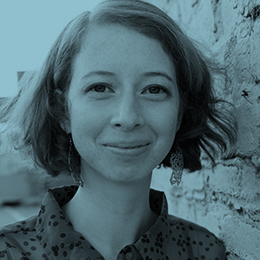 Sabrina reads lots of books (mostly comics and theology books lately), drinks lots of tea, pretends to be smart on Twitter, and ponder how to destroy the kyriarchy. She lives in the passive-aggressive, beautiful Seattle, with her spouse and his mostly clever, somewhat corny jokes. She currently serves as a Eucharistic minister at a local Episcopal church, and is re-exploring her vocational direction, dusting off the MDiv she earned six years ago. For the personality junkies out there, she is most likely a 5w6, and every MBTI test ever taken has been inconclusive, save for the “I” for “introvert”.